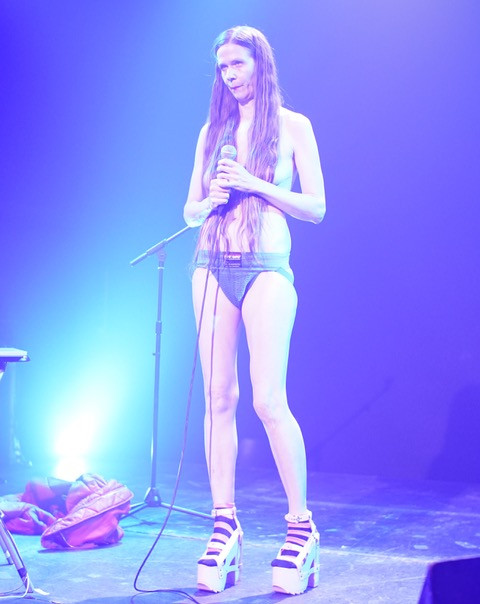 
No Bra, aka Susanne Oberbeck, is an electronic solo act and producer known for their confrontational, sexually-ambiguous performances and explicit lyrics. Founded in east London in 2003, No Bra had an underground hit with the song "Munchausen”, released three full-length albums, and has collaborated with musicians and artists like Arca, Mykki Blanco, Wolfgang Tillmans and The Raincoats. No Bra has also written music for films and fashion shows, performing at the Vivienne Westwood AW2020 show.

No Bra performs in "Trauma Bondage."