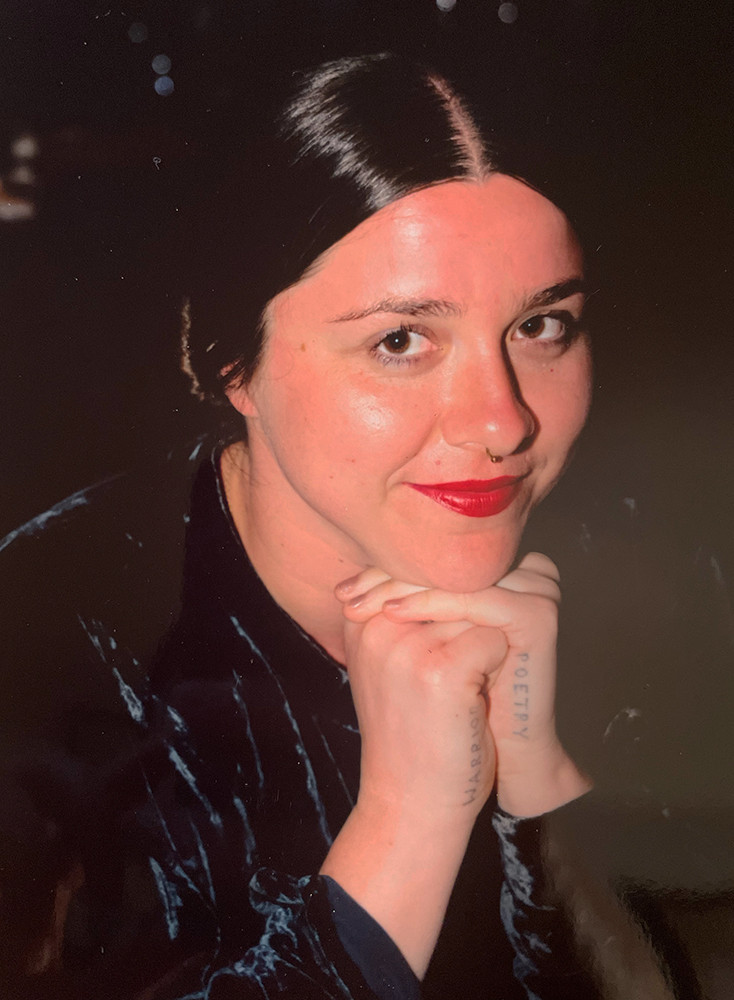 
Monica Mirabile is an artist living in NYC. Her work explores performance as behavior, focusing on the information we've had no choice but to absorb. Accompanied by audio composition, scenographic installation and performance; her choreographed productions focus on support while elaborating on how authority, power, support and manipulation operate inside the body. Mirabile points to the antidote within the problem letting the poetic nature of the collapse of time be modeled with playful and poetic sentiment. Her work is deeply collaborative and aims to stimulate an intensely felt living system.

Mirabile is one half of the performance duo FlucT. She has performed and exhibited at the Guggenheim, The Broad Museum, PS1, Miami Art Basel, 3hd, NADA, Performa, the Queens Museum among others. She has worked with many musicians and artists including SOPHIE, Blood Orange, Eartheater, Mitski, Maggie Rogers and Korakrit Arunanondchai. Her work was acquired into The Whitney's permanent collection in 2017. In addition, Mirabile founded Otion Front Studio (est. 2014), a performance rehearsal space in Brooklyn, New York and she currently organises the Open Movement program at Performance Space New York.