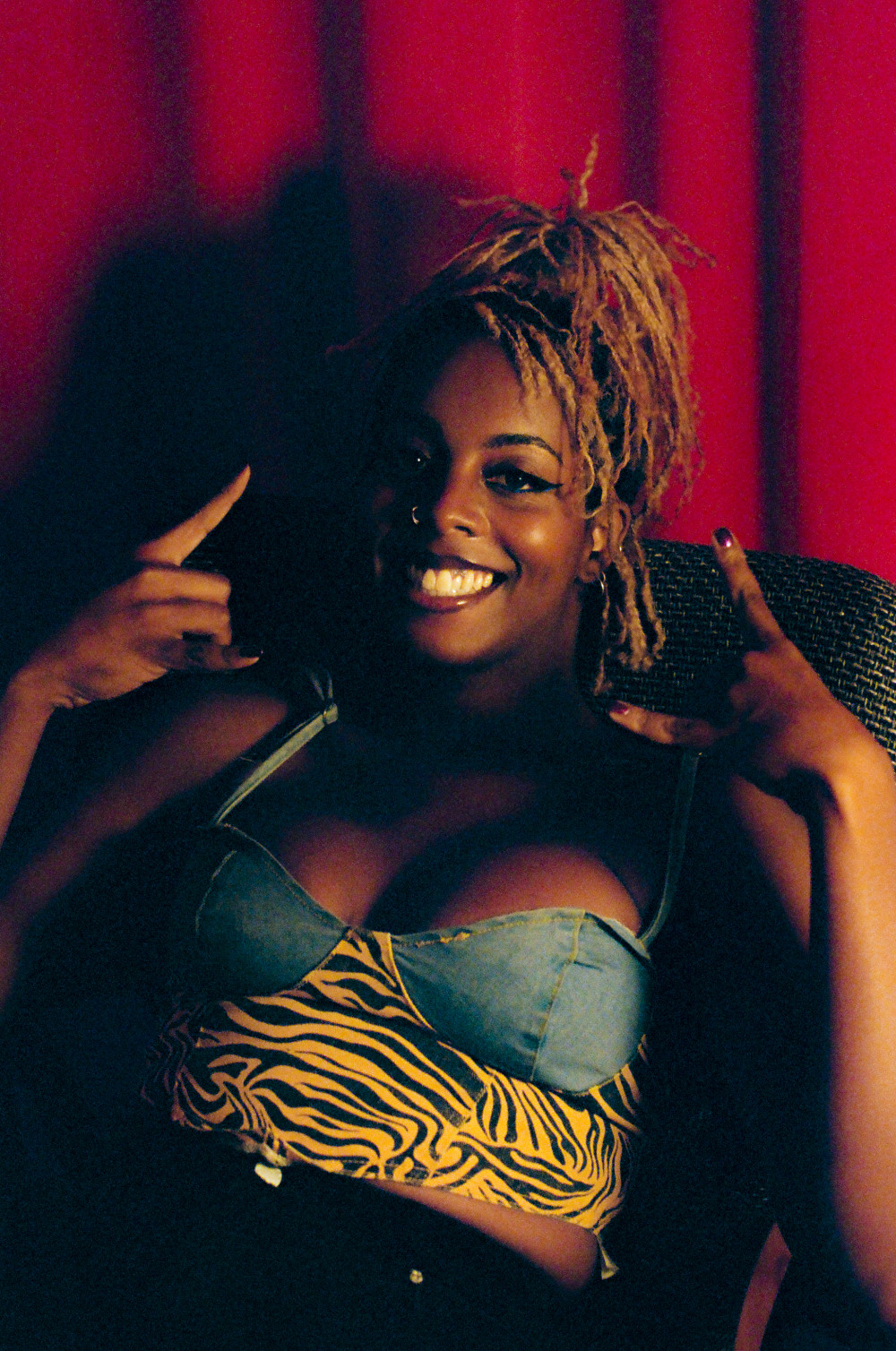 
The DJ and musician uses the structures of music as mediums in her multi-media universe. Where her visual art and poetry navigate the complexification of desire in a life increasingly mediated by technology, Huxtable’s music utilizes the sounds of technology itself to construct parallel realities to be inhabited and embodied, in rhythm and harmonic tableaux. Her sets skillfully deploy the notion of sampling, and re-blogging as DJ strategies, ecstatically mixing an array of influences that frolic at the boundary of genre- intuition and experimentation. At once an assertion of freedom and an ode to the evolutionary structure of electronic music subcultures, she aspires to the sublime in what can often only be described as witchcraft behind the decks; seance from the stage.