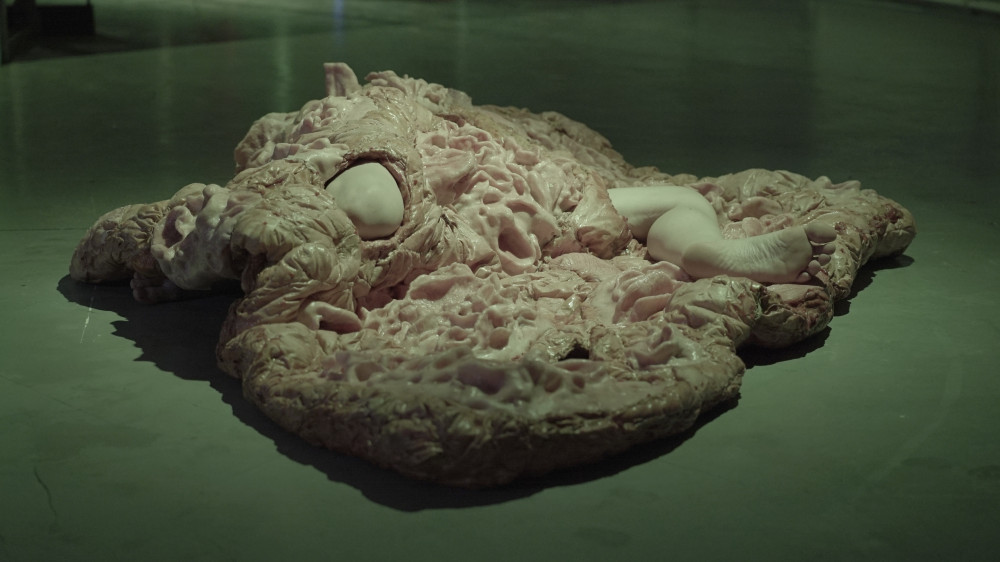 
Federica Dauri’s research into the physical, emotional, and social relevance of the human body as the central object of projection and introspection is key to her artistic practice. Based in Berlin, via New York and Amsterdam, Dauri studied ballet, contemporary dance, and choreography at the National Academy of dance in Rome, where she specialized in a critical investigation of body politics, philosophy, and the performing arts. She works with performance, installation and mixed media that is creatively rooted in a critical engagement with Rudolf Steiner's system of eurythmy—a rhythmical, physical, and vocal art of expression—as well as the Japanese dance butoh, studying with teachers such Masaki Iwana and Akira Kasai. Dauri has produced and directed performance work for established exhibition spaces, theaters, festivals, and art residencies across Europe, including Q21 Vienna, Kunsteverein Hamburg and Volksbühne Berlin, among others. Her artistic research questions the meaning of presence, as it revolves around the consciousness of the self in relation to the environment.

Hermes Pittakos is a Cypriot sculptor, performer, and coach for creatives. He studied Fine Art in Manchester, before moving to London where he received his BA in Prosthetics Makeup for Performance at London College of Fashion. In his research, Pittakos is deeply invested in esoteric works, philosophy and classic myths, reading them as guides to understand our present and mould our journey ahead. His work is also rooted in themes of transformation and rebirth, mythology, rituals, and the psyche’s healing abilities. These interests stem both from his personal need to heal and understand his own psyche, and from a desire to extend this knowledge to others, through his collaborative and coaching practices.

Federica Dauri and Hermes Pittakos collaborate in an activation at the opening of group exhibition "In Excess."