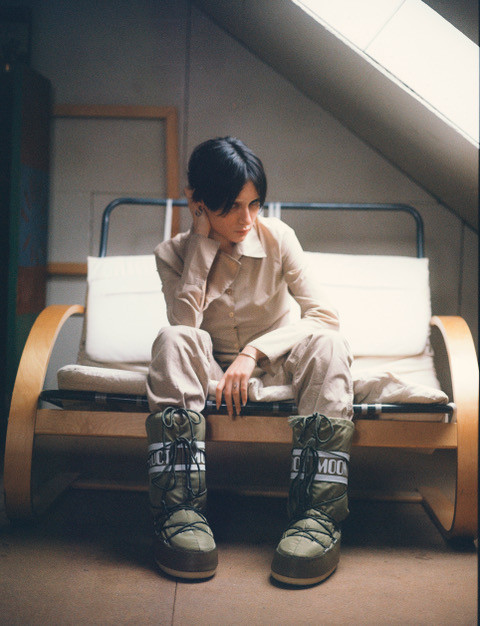 
The Athens-based musician and vocalist connects the dots between the human experience, climate change, quantum physics, and death, in an attempt to dig deeper into the primordial truth of existence. Through their carefully-constructed practice of synthesis and sound design led by choir inspired vocals, they fabricate musical worlds consisting of ever-expanding sonic organisms and shapeless solid non-materials.

In 2021, Manji self-released via their newly-launched myxoxym platform and curated the first PLASMODIUM I  fundraising compilation series, which aimed to raise environmental awareness and provide relief to Greek wildlife. Their debut performance alongside Eartheater was followed by more in London, Prague, Kraków, and Zurich, as well as festival appearances at Unsound, Borderline, Rhizom, and Lunchmeat. They’ve also collaborated with a number artists across various media, including a sound piece at Kunsthalle Basel with Young Boy Dancing Group.